Minigames from the New York Times. Why do they need the edition and how they were created

Since 2014, the New York Times has been developing non-news services.

The edition creates games and buys out third-party games. The most famous was the game Wordle, which the edition bought from its creator. In the article we figured out - why these games to the edition, what profit NYT receives, and also tell you how to create these games.

In 2022, the Games section of NYT had 8 mini-games - mostly puzzles with words and numbers, e.g. a variation of sudoku or mahjong.

In February 2022, the publication bought the game Wordle for a seven-figure amount, the meaning of which is not disclosed in the NYT. This means that the game was bought for at least $1 million.

Wordle is a game where you have to guess a five-letter word in six attempts. Josh Wordle launched the game in October 2021, after which it quickly became popular - in October it was played by 90 people a day, and in February 2022 - several million.

The game is featured in a separate block - NYT Games. The first online crossword puzzle appeared back in 2009 on the Apple Store, and on Google Play in 2016. In 2017, the newspaper created a team to develop games The Times Games Expansion Team. The Times Games Expansion Team. According to the publication, in 2021 their games played more than 500 million times, and in December the number of subscriptions to NYT Games reached 1 million.

Why games are need in a newspaper?

According to the New York Times, the games are part of the newspaper’s strategy to increase the number of subscribers. This tactic is not new for publication. The first NYT crossword puzzles were launched back in 1942 to distract readers from military news.

As time has shown - crossword puzzles have their own audience, ready to buy newspapers only for them. According to analyst Twipe, in 2022 it is the same - only 55% of the audience is interested in news, the remaining 45% are attracted to other content.

Since 2011, the publication has introduced a paid subscription to the online version of the newspaper, and the NYT has focused on convincing readers to subscribe. By 2025, the newspaper intends to increase the number of subscriptions to 10 million, and the main role is assigned to games.

The main source of subscriptions is not journalism. In Q4 2021, NYT received only 45% of its new subscriptions to the online version of the newspaper, and the remaining 55% to games, NYT Cooking, Wirecutter, and the Audm podcast.

In 2022, more than 1 million people signed up for games from the newspaper. In total, in 2021, according to the publication, they played 500 million times.

Here is an infographic showing the role of entertainment content for the newspaper: 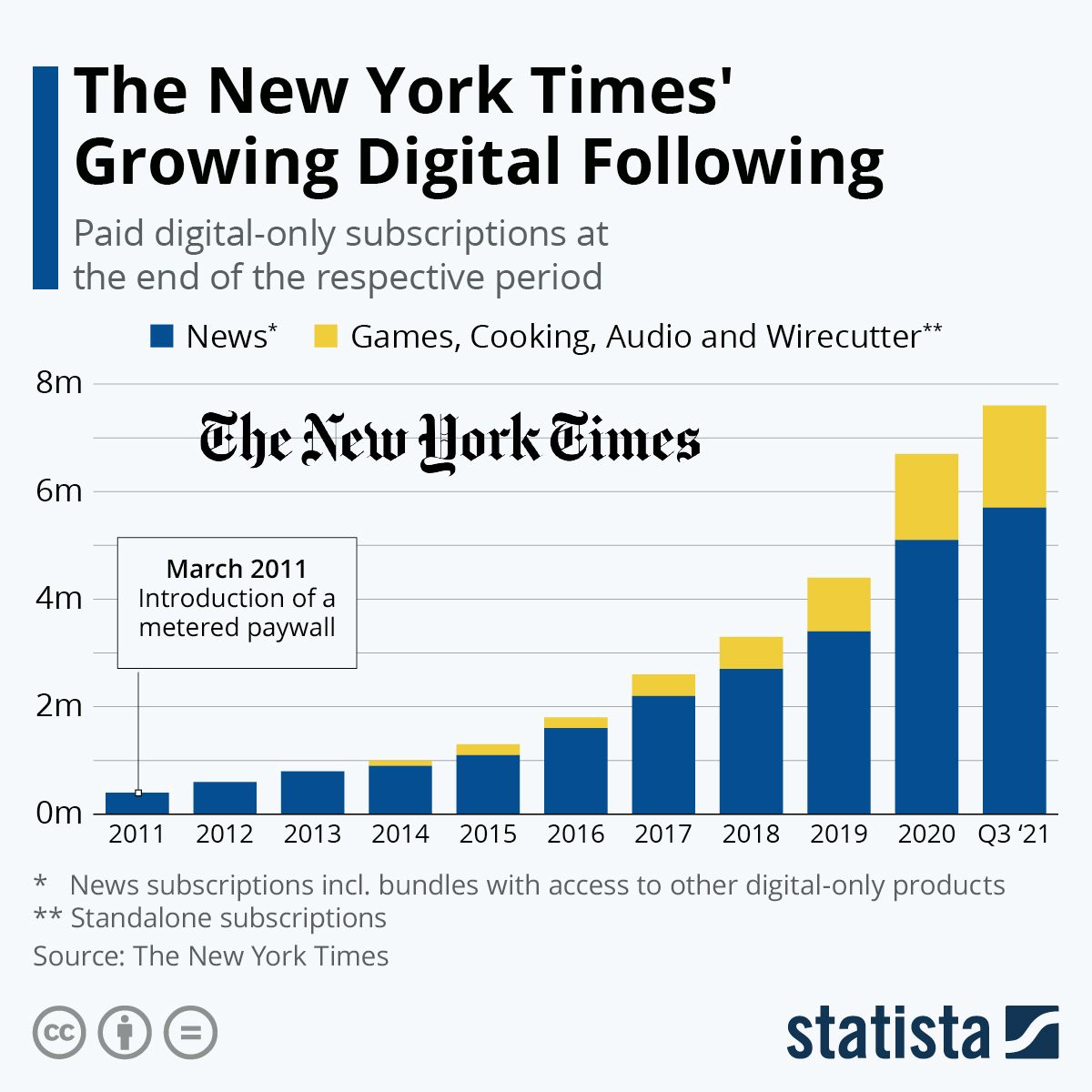 On what technologies Wordle is created

Interesting detail - when searching through Google with the query «Wordle» logo changes to animation in the style of the game:

Web components are a set of technologies that allow you to create reusable elements with their functionality distributed separately from the rest of the code. These components can be used many times in other applications.

Reusing code is cool. Previously, this was difficult because of user markup structures. The problem with HTML and its associated style and scripts, which sometimes had to be written to visualize the controls of the UI. Multiple use of UI-elements can turn your page into a mess - be careful.

Web components solve these problems. They consist of three technologies:

These technologies can be used together to create universal customizable elements with encapsulated functionality. The elements are suitable for use almost everywhere without problems for code.

We assume that the mechanics of choosing a random word in the game works on the method Math.random(), which generates a random number and selects a word from the list using a number.

Math.random() is one of the components of the JavaScript API. It is a function that returns random numbers. The range of numbers is from 0 inclusive to 1, with 0 returning and 1 not.

What games did we do in ROKY

Before New Year 2018, we had the idea to make a browser game that will entertain us and our customers. And we made up a story about Santa Claus, who needs to deliver gifts. But in the way of grandfather many obstacles. The point of the game is simple - you have to drive a grandfather who rides on the roof on a sled, do not fall from the roof, do not break on a pipe, and do not get caught by angry dogs.

The more gifts a player collects before crashing, the better.

Granddad out of control

Next year we made a sequel. This time Santa went to a disco and started dancing. The player has to click on the arrows to make the right moves during the dance. The time of pressing is limited. There are only 10 attempts - if you press the wrong arrow, the number of attempts is reduced.

Granddad out of control 2

Both games we put together on classic technologies - JavaScript + HTML + CSS. Each of the two games we created and released in about a week.

Does your project need to develop a game?

To find out how we can help - write hello@roky.rocks